Is It Legal for Paparazzi to Use Drones in California?

Drones, or unmanned aerial vehicles, have grown incredibly popular in recent years. We see them almost everywhere now, being used for commercial and entertainment purposes. According to The Economist, their sudden ubiquity has prompted the Federal Aviation Administration to establish mandatory safety requirements that minimize the threat drones pose to both people on the ground and aircraft in the sky. It has gone from the Wild West in the skies to the more developing skies. 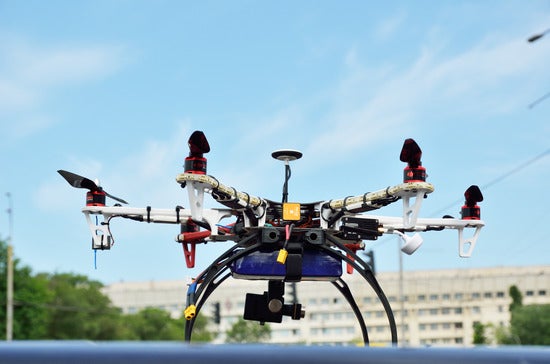 From making movies to inspecting power lines, there are countless commercial applications for drones, and it's no surprise that the paparazzi started using them as soon as they became available.

Do Drones Pose a Safety Risk?

It's no secret that many celebrities enjoy the limelight, and their careers often benefit from all the publicity the paparazzi give them. However, Slate reports that drones pose more than a risk to personal privacy in the minds of some celebs.

For example, Kanye West made headlines two years ago when he discussed the possibility of a drone falling out of the sky and injuring his daughter. Other celebrities have commented on their frustration with the latest newsgathering method, as well; Miley Cyrus filmed a video of a drone flying over her home just a few months ago, and Jennifer Garner complained about the UAVs that flew over her garden repeatedly. And not only is this a problem for celebrities, but those with a less than public profile can find themselves on the receiving end of these flying automated cameras.

The paparazzi have always been intrusive, and many celebrities acknowledge the mutually beneficial relationship between themselves and the media, which they use to their advantage. Publicists frequently call paparazzi to let them know where their clients will be and when; however, even public figures have a certain right to privacy, especially on their own property.

The California legislature responded to paparazzi's use of drones in 2015 by passing SB 142, a bill that made it illegal to operate a UAV within 350 feet of the ground above real property. Governor Jerry Brown vetoed the bill, but he did sign into law AB 856, which prevents paparazzi from using UAVs equipped with cameras to photograph public figures on their own property.

Realizing that the list of trolling creeps is not limited to the paparazzi, the legislature made sure celebrities aren't the only ones who benefit from the new law. It stipulates that violating airspace above anyone's property to record a private citizen qualifies as trespassing.

If you're concerned about your privacy as a public or private figure, or want to know the legal limits of your use of drones an entertainment lawyer from Eric D. Anderson Law, LTD can help. In addition to explaining your rights, our team can protect your assets and any future streams of income by reviewing your contracts. Call 909-283-5494 to speak with a Redlands business attorney about protecting your interests while pursuing your career goals.

Through his experience on both sides of the courtroom, Eric understands that any legal issue can be intimidating to those who do not know the law. Today he uses that experience to defend those in need of a champion. A former prosecutor and Deputy County Counsel, Mr. Anderson began his career w...

Comments have been disabled.